Once aboard our plane to Vancouver, we of course did the responsible thing and read the in-flight manual.

Canada’s instructions are way cooler than America’s. They even show you the proper way to pee out of an airplane.

Once aboard our plane to Vancouver, we of course did the responsible thing and read the in-flight manual.

Canada’s instructions are way cooler than America’s. They even show you the proper way to pee out of an airplane. 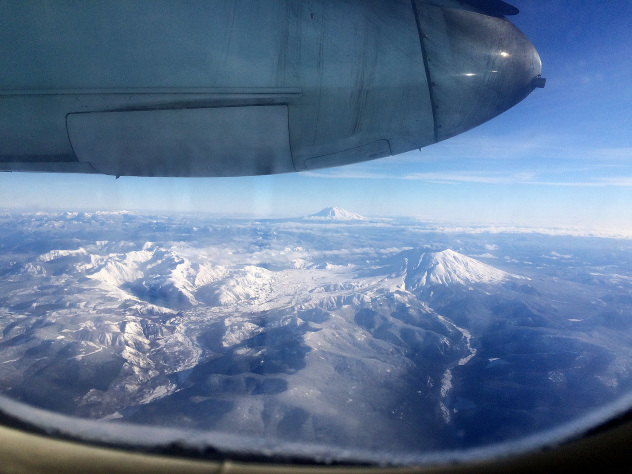 We dozed off, and when I awoke the flat shoreline of Vancouver had replaced the frosty mountaintops of Washington. 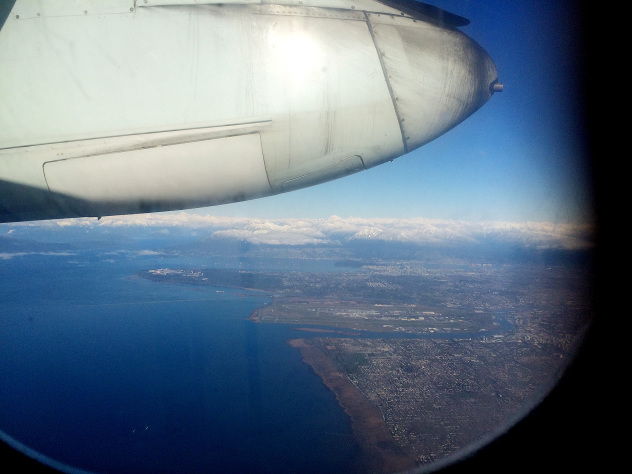 The Princess remained fast asleep and was awoken—and that only barely—by the airplane more or less slamming into the tarmac in what I would call a perfect one point landing. 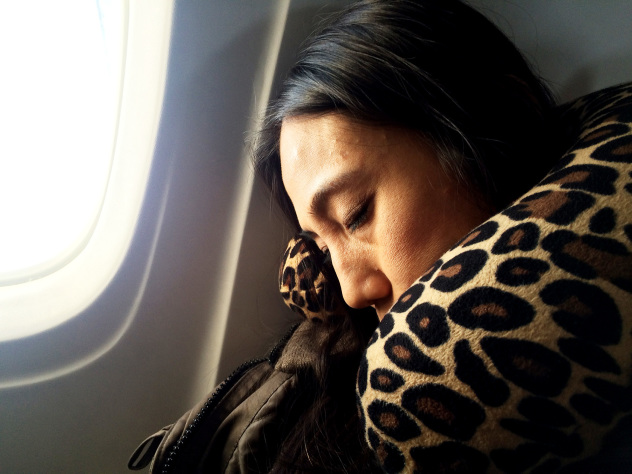 The Vancouver airport was pretty posh. The lounge area in particular felt like the veranda of an upscale restaurant—only one that happened to be inundated with poly-lingual airplane announcements and surrounded by duty-free shops.

Whatever. It was still nice.

They even had a Christmas tree. 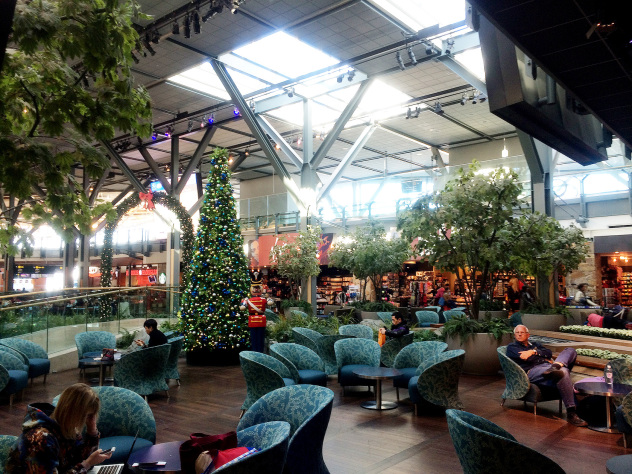 We wandered around looking for something nice to buy for Hisako’s grandma, since she was the only person I hadn’t settled on an omiyage (souvenir/gift) for yet, but somehow the tiny bottles of maple syrup and enormous boxes of chocolate which lined every store in the airport weren’t quite what I had in mind.

Strolling further, we settled into a pair of seats near our terminal, and awaited the boarding announcement for our flight to Japan. More and more Asian folks began congregating at our terminal, chatting in Japanese, Chinese, Korean, and Thai. Many of them were no doubt returning home for the new year, or flying back after a visit overseas, but we—and for all we knew only we—were in the midst of actually emigrating to a foreign (or in the Princess’ case at least, semi-foreign) country.

At length the announcement came, we flashed our passports and tickets once more, and were soon boarding what I can only describe as a monolithic flying hotel bound for Tokyo’s Narita airport.