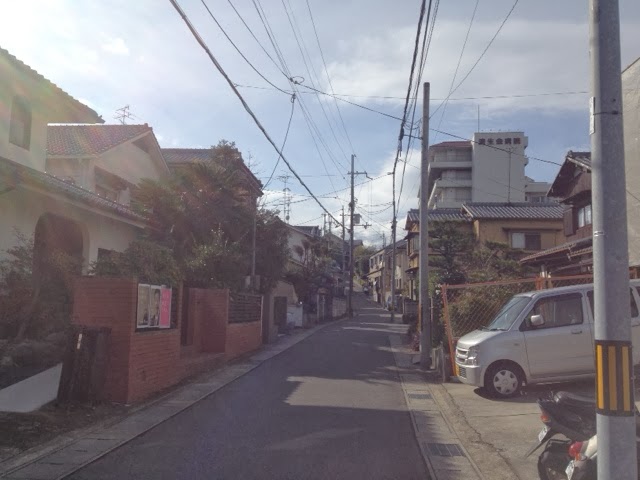 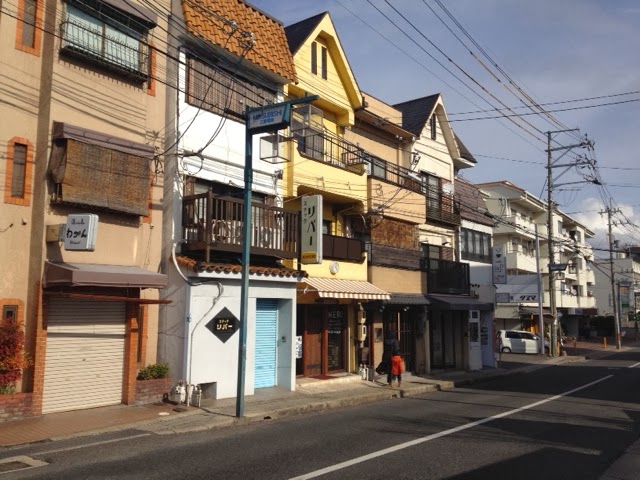 Tucked amidst colorful cartoonish advertisements, electronics, vending machines, and numerous other modern amenities, ancient shrines and temples present their ornate edifices.
In Gion, women in kimonos can be seen checking their cellphones as geishas are pulled past them in rikshaws. 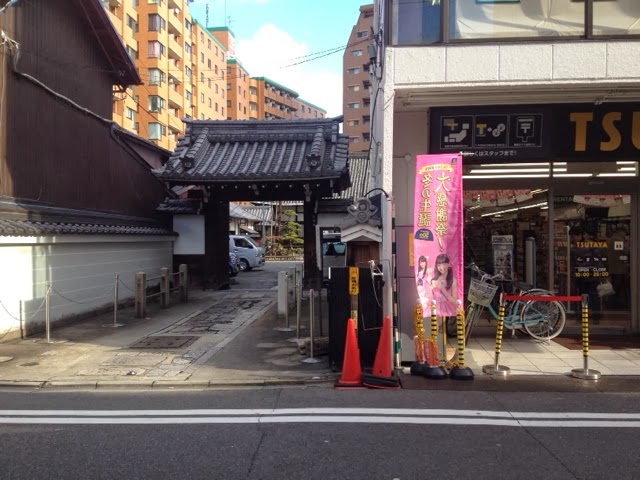 Yet far from seeming out of place or incongruous, the combination of these disparate elements create a strange harmony, almost more breathtaking from the contrast. 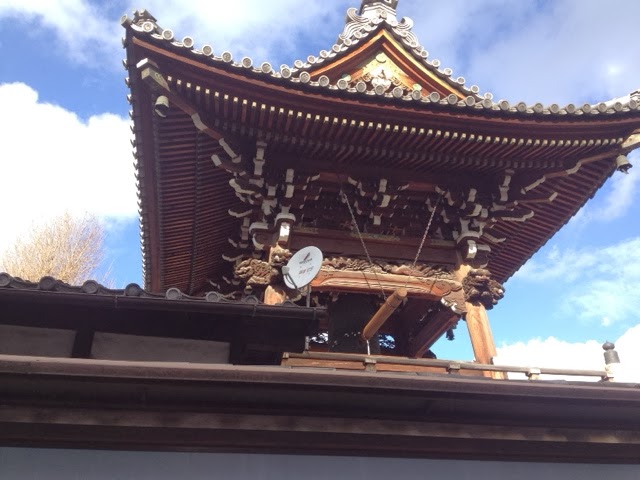 It quickly became clear to me that Kyoto, though the ancient capital of feudal Japan, itself more than a thousand years old, is not a museum full of dusty memorabilia, or a time capsule frozen forever in a bygone age, as many travel brochure photos would lead you to believe.
No, Kyoto is alive. Alive, and living this very moment, and by the Shinto Gods!, it is magnificent. 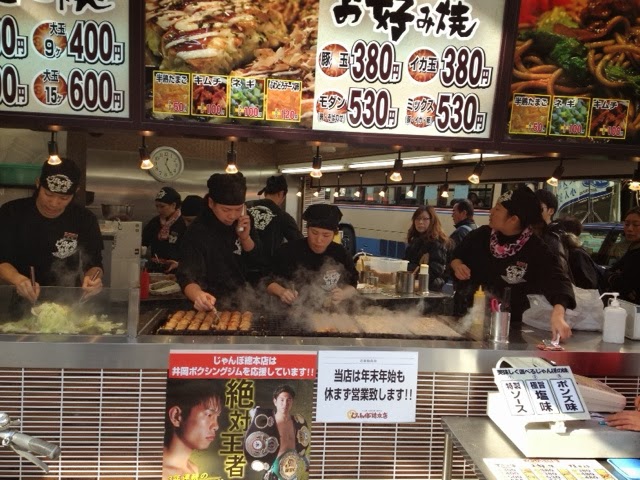 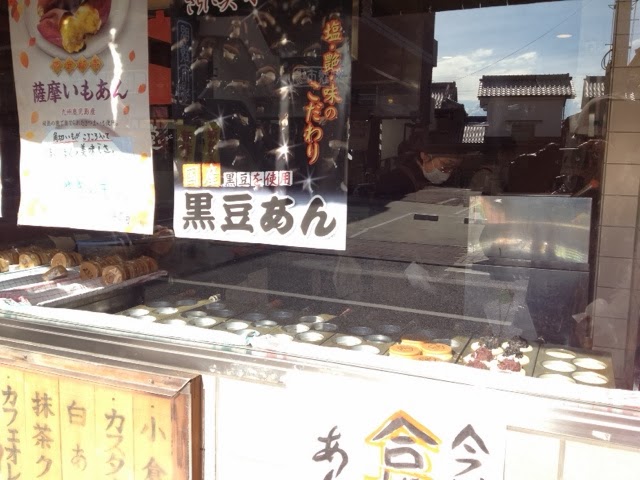 We walked by okonomiyaki shops and bakeries, where the cooks work in view of the street, so their patrons can see for themselves the skill and quality of the delectable culinary creations which await them. 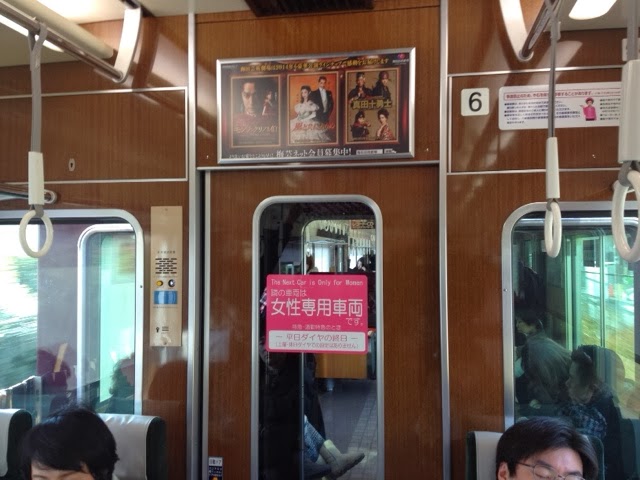 We rode trains, which have their own “Ladies Only” car to help prevent perverts (not kidding, see photo), and purchased hot milk tea as we wound our way through Kyoto.
For the uninitiated, be forewarned that when the Japanese serve you a hot drink, they DO NOT fuck around. Your drink will be burningly, scaldingly, volcanically, face-incineratingly hot. When the beverage is delivered to your eager grasp, it will have been at boiling temperature only mere seconds before.
The Japanese not only expect this when they purchase a hot drink, but they do not hesitate to immediately partake of such burning beverages—so remember that just because the people around you are sipping away at their drinks does not mean that the temperature of their beverages are anywhere near what us wussy Westerners would consider enjoyable, okay, or even safe to drink.
You have been warned. 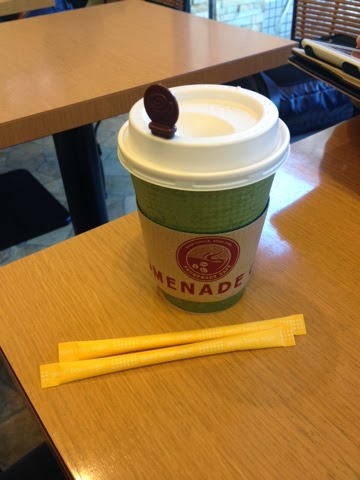 I walked around outside for about five minutes in the winter weather before this delicious specimen could even be brought to my lips.
Another notable aspect which caught my eye includes the fact that cyclists in Japan are an embodiment of pure anarchy. They ride in the street, on the sidewalk, between cars, against traffic in the wrong lanes, and sometimes with a second rider straddling the cargo rack on the back of the bike.
However, they also ride slowly, compared to most Portlanders, and almost exclusively on upright comfort bikes, at least half of which appear to be single speed, and equipped with great numbers of unnecessarily heavy accessories made out of metal.
Fortunately, since my arrival in Japan, I have seen nary a fixie, nor have I been forced to endure the sight of a single stupid-looking mustache.
Thanks the gods for that!
However, I have been continually flabbergasted at the fact that, though people lock their bike wheels to their frames to prevent anyone riding off without permission (and this only sometimes), the bikes themselves are never locked to anything.
Even so, I have been assured by the Princess, that unlike in America, where anything which is not nailed down or bolted to an immobile structure might as well have a flashing neon sign reading “FREE” tacked to it, people in Japan very rarely steal anything, and theft is something which people generally don’t ever worry much about.
Actually, Japan has one of the lowest crime rates in the world, and even the “bad neighborhoods” aren’t particularly frightening by most Western standards. 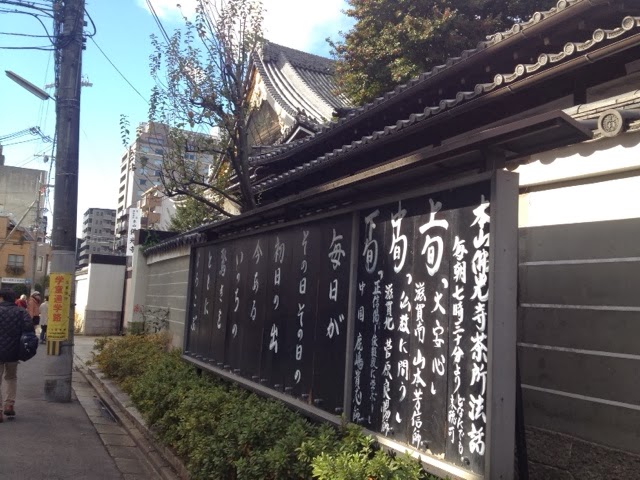 In any case, following our perambulations, we at length arrived at Nekouan, a “cat space” operated by a jazz piano playing, vegan, ordained Zen Buddhist Monk gone rogue—but the details will have to await our next entry. 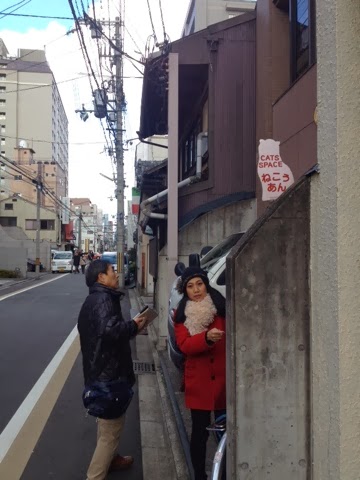 0 comments on “Ohayo Kyoto-Sama!” Add yours →