Why the hell aren’t we doing this in Portland?!?!?!

At the import store, I even found Campbell’s Soup.

One unfortunate aspect about Japan is the ridiculous amount of packaging plastered onto everything. Most items are very small, and come in wrappers wrapped in wrappers.

On the one hand, Japanese people like to give little gifts to one another, and from this perspective, the “individually-wrapped” craze appears to have at least some logical origin. Also, the Japanese people prize presentation very highly, which seems to be an another contributing factor. But on a sustainability scale, this definitely ranks way in the negative.

They even cellophaned the bananas. Bananas are individually wrapped to begin with.

This store was selling happy bags, but I had already brought my own. 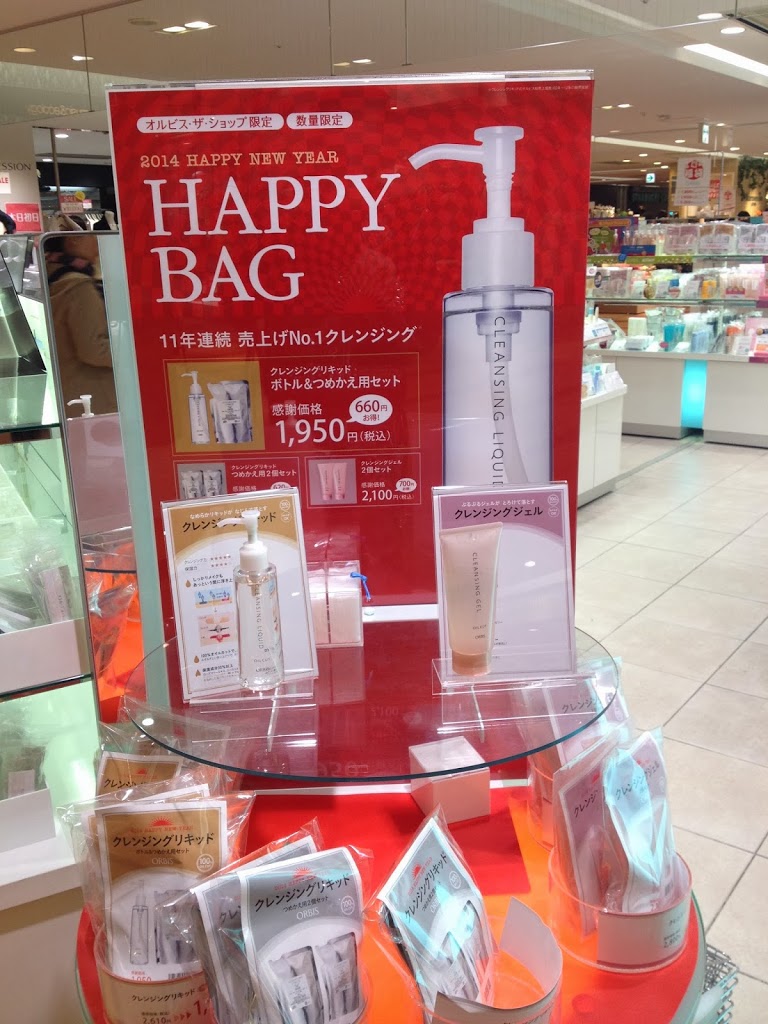 While The Princess was in the bathroom, I even found some Engrish. 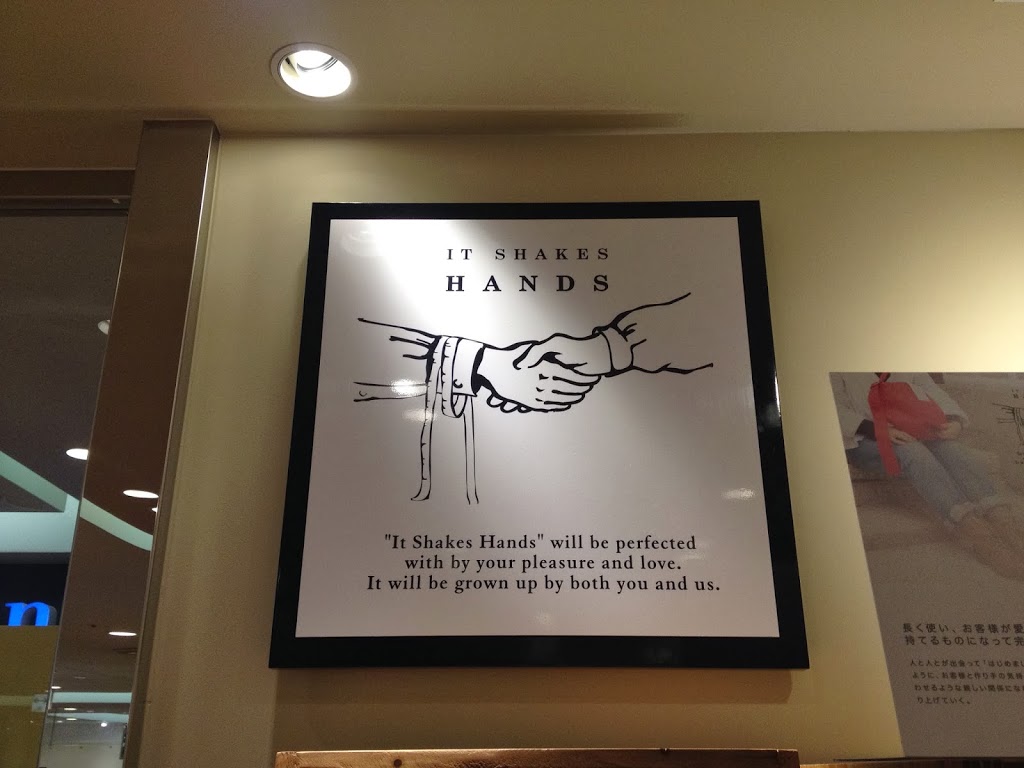 And an edible shrine to cats. You will find a lot of these in Japan. 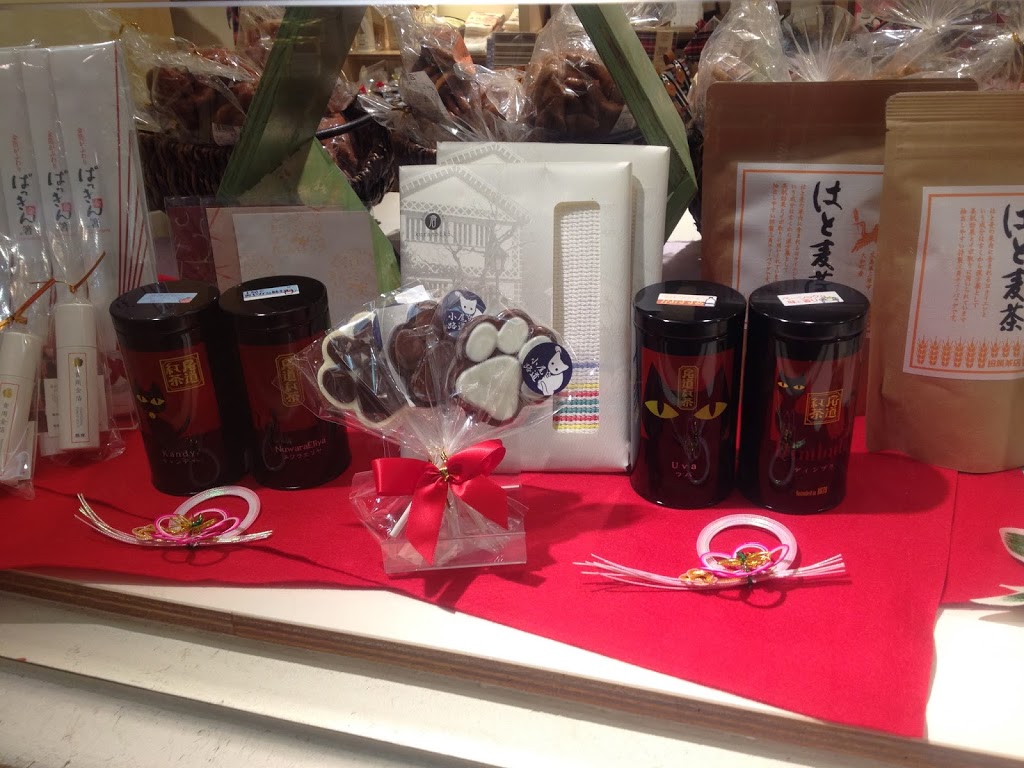 People reacted to me differently in Hiroshima than they did in Kyoto.

Kyoto, being a cultural, educational, and artistic center which receives thousands of tourists all year round, my studded jacket, crust punk band patches, and combat boots didn’t really phase anyone.

In Hiroshima, by and large considered to be a “conservative” area of Japan, people seemed to regard me with mild trepidation bordering on genuine alarm.

Yet interestingly enough, adding my beloved Warpants™ to the equation (these being the once-upon-a-time Carhartts, now entirely festooned with crustpunk band patches, that I’ve been holding together with dental floss stitching for many years past), somehow dissipated the terror which I seemed otherwise to inspire. By making my appearance even more crazy-looking, it became “fashion,” and everyone was suddenly totally cool with it.

They probably thought I was dressing up as a character from an Anime or something. You know, one of those super cheery ones about the apocalypse.

Once Hisachan emerged from the Space Potty, we went to a cafe called Bagel & Bagel.

The sign said they were a New York Style bagel shop. Because “Green Tea and White Chocolate” bagels are definitely everywhere in New York. 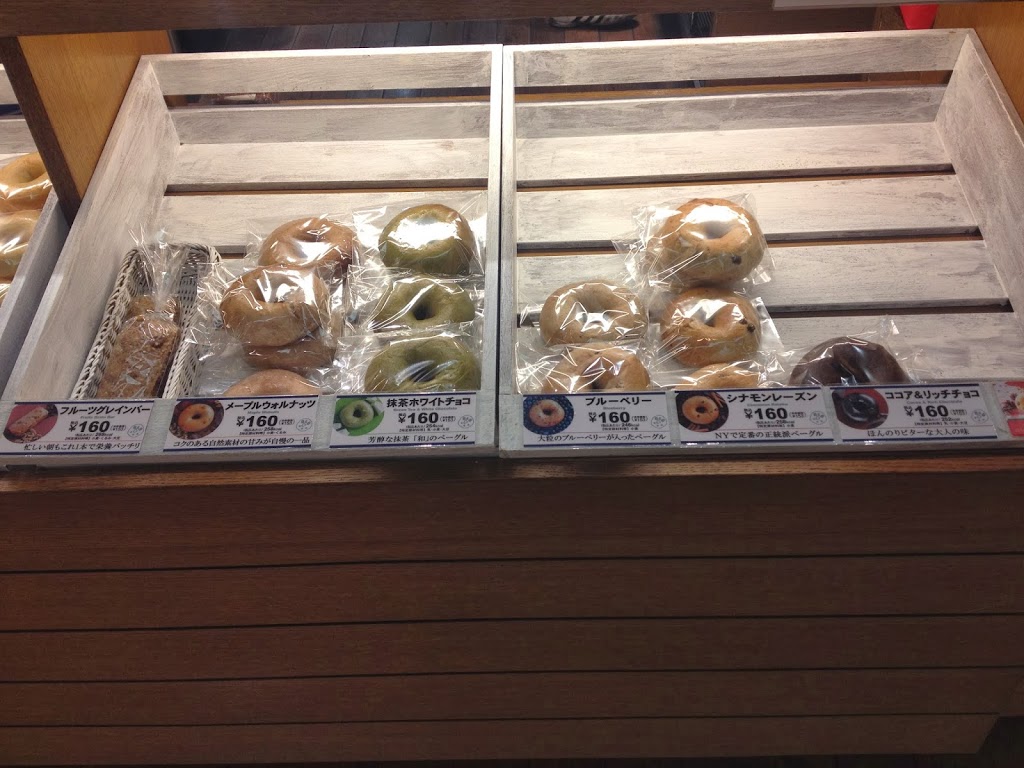 Just like in America, there are people in Japan who love Costco. There’s even a magazine about it. 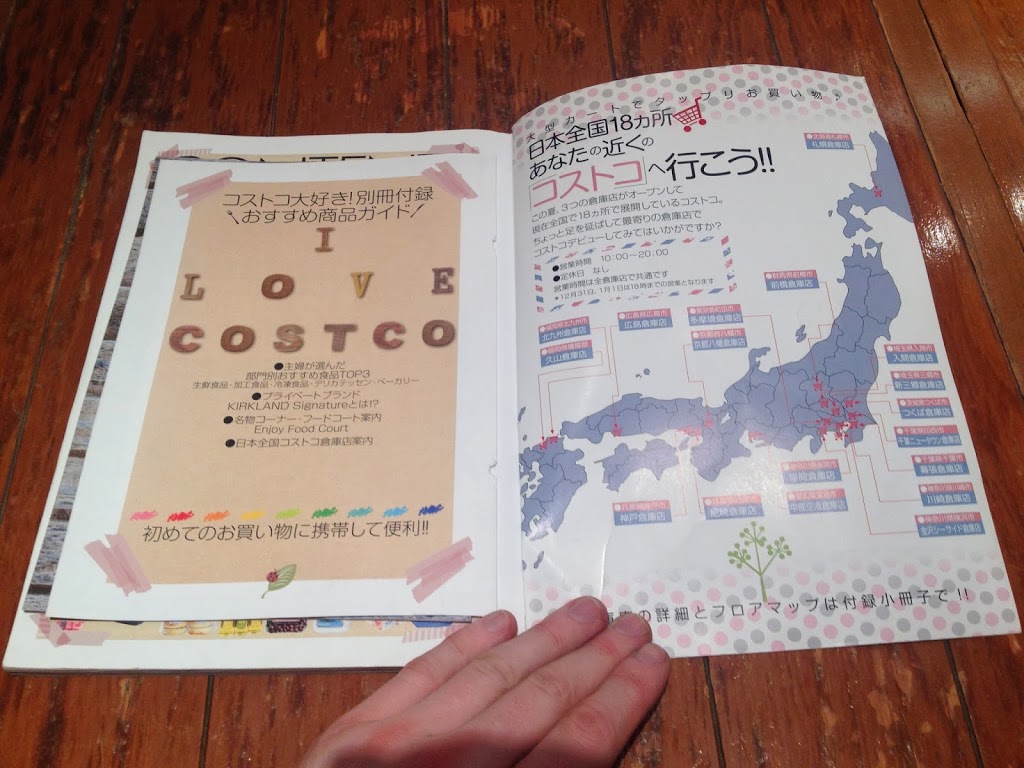 In the natural foods store, we bought real unrefined sugar so I could make my family’s Pumpkin Pound Cake recipe. I like the unrefined sugar because it makes the flavors warmer, and doesn’t feel like I’m eating low-grade cocaine.

Being in a health food section made me feel like I was back in Portland. They even had hardwood floors.

I guess it just wouldn’t feel healthy enough without them. 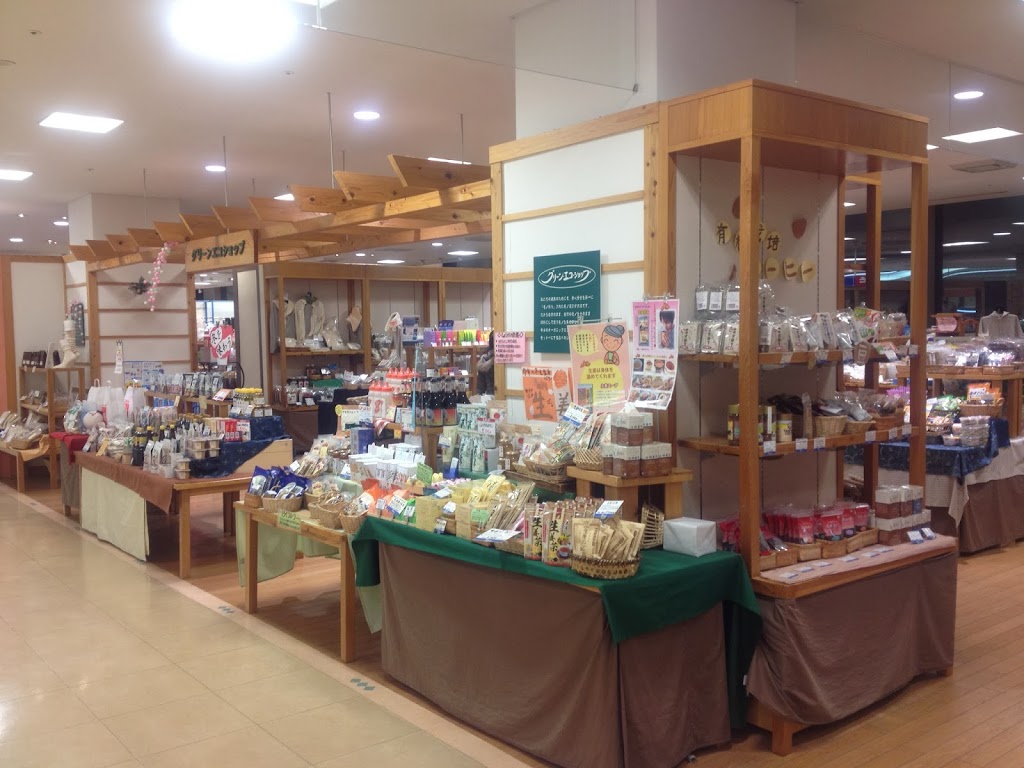 With non-elicit sugar in hand we returned home. 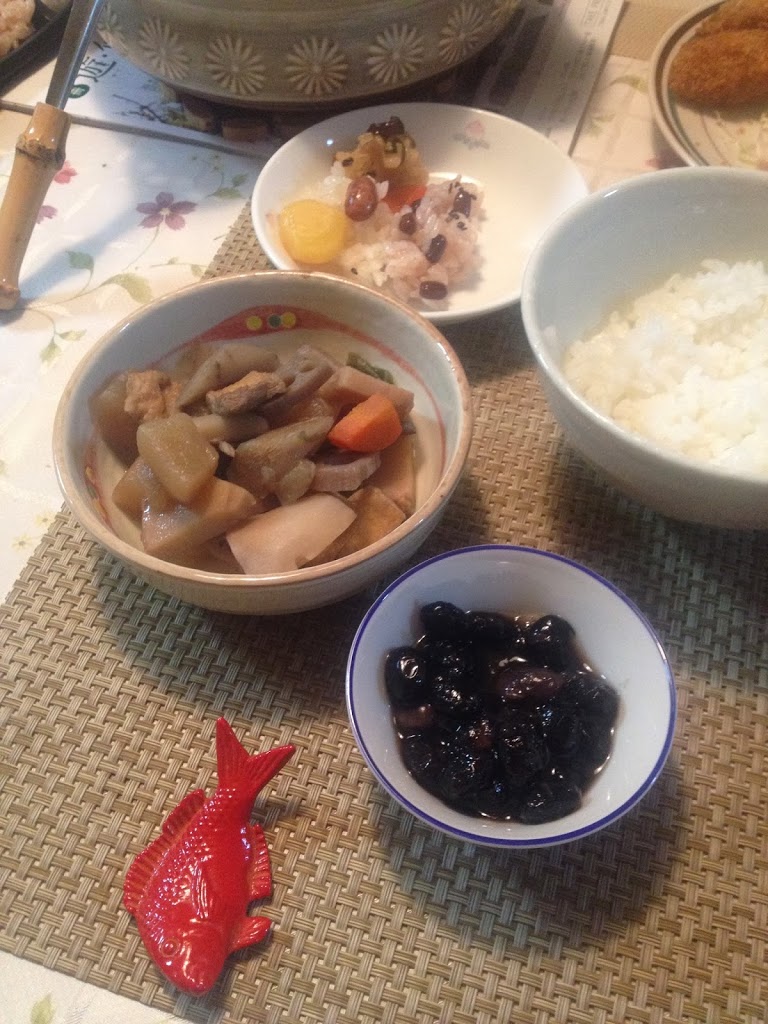 Osechi-Ryori leftovers: Even better on the second day?

2 comments on “Happy Bag” Add yours →