We boarded our plane, reluctant to leave Japan, and at length took our seats. As it turned out, we were magically selected to operate the emergency exit in the event that our chances for survival (and also possibly the plane itself) should take an unexpected nosedive.

We boarded our plane, reluctant to leave Japan, and at length took our seats.

As it turned out, we were magically selected to operate the emergency exit in the event that our chances for survival (and also possibly the plane itself) should take an unexpected nosedive.

“That’s so exciting!” The Princess exclaimed as the flight attendant essentially swore us in to our in-flight duties, “I hope something happens! I want to do it!” she added.

Not surprisingly, this elicited notable glances of unease from many of those around us.

However, while Hisachan’s remarks might sound like a death wish to many Westerners, it is important that Japanese people show sufficient “genkiness” when given a task or job, no matter how menial or, as in our case, downright dire their duties might prove. So she’s ready to jump up at the first opportunity and open the side door of our doomed plane.

This is how a Japanese person reassures you.

Of course the flight was also overbooked and many folks, ourselves included, wound up having to scrounge for luggage space. Actually especially us, since being positioned at the exit meant that we had no overhead storage bins.

“If shit gets dire, we’ll be counting on you heroes, but until then why don’t you sit back and go fuck yourselves.”

Thanks, United, for all the extra perks.

As a further bonus to being partially responsible for the lives of our fellow passengers, we also got to spend the next eight or nine hours within pissing distance of the lavatories, so we could enjoy the full aromatic cornucopia as the passengers whose lives we were sworn to protect lined up to drop cargo.

At one point they brought us our vegetarian entree, which was essentially some species of Indian food.

For those of you not in the know, Indian food consists of an ingenious cooking method by which each dish is essentially half-digested before they even bring it to your table. Add to this a strong predilection for beans, and as I’m sure you can imagine that it was not long before we were ready to play “bombs away” ourselves. 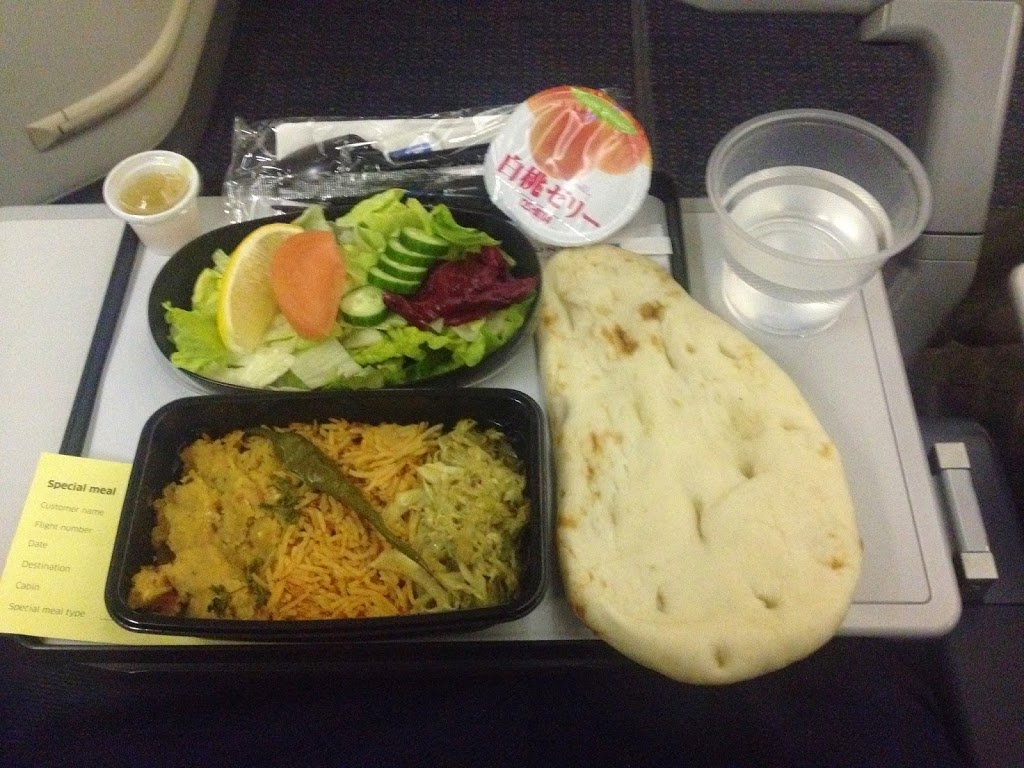 Since we were headed against the rotation of the earth this time around, a strong upveiling tailwind had us landing in San Fransisco in little more than eight hours as opposed to the eleven it took to get us to Japan in the first place.

We slept through most of the flight, and dreamed of Japan, even as it receded five thousand miles into the distance behind us.