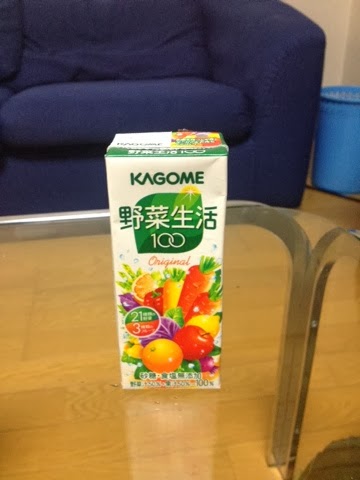 Infused with Kagome, we are ready for anything. 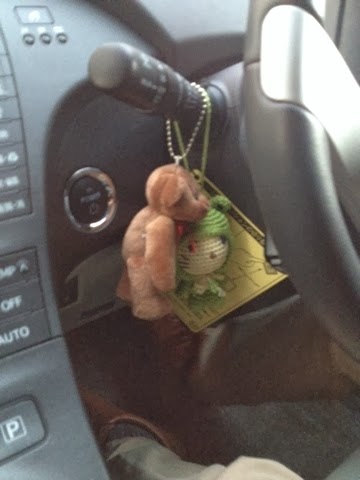 Cuteness, as only the Japanese can muster, dangles from the steering column.

We decide to stop at a Japanese convenience store, or “conbeenee” to purchase snacks for the road. You know, a nice family friendly establishment… 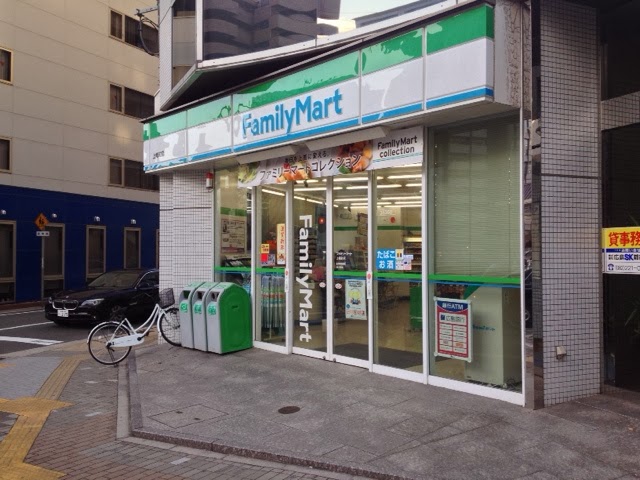 The kind that sells booze… 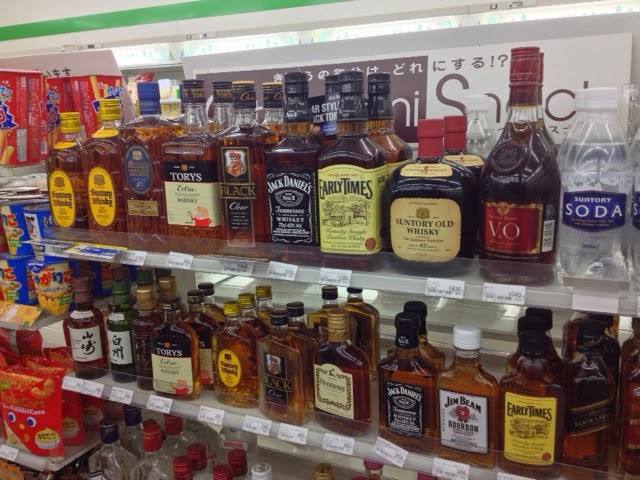 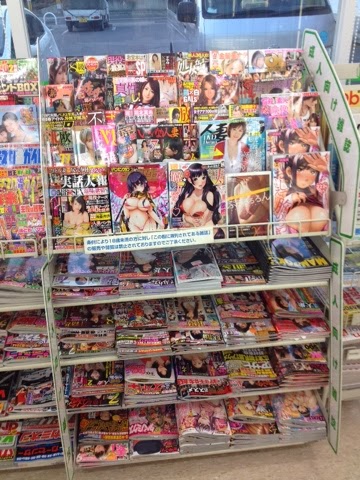 We clamber back into the car, half trippig over a blind man who we were too tired and, well, blind to notice couldn’t see us. Fuck.

We start the car, and head for the highway.

Koji-San’s car, a Prius, kinda makes me feel like I’m back in Portland.
Going for shotgun, I open the passenger’s side door only to find a steering column protruding out of what should be the glove-box. It is impossible to explain how disorienting this is. With notable embarrassment, Koji-San ushers me to the other side of the car.
Equipped with snacks, we depart for Hiroshima.
I crack open something called a Royal Milk Tea… 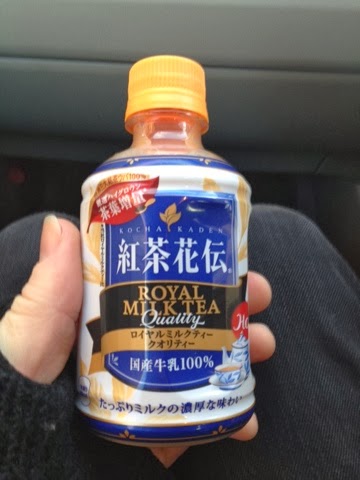 Which turns out to be a Coca-Cola product. 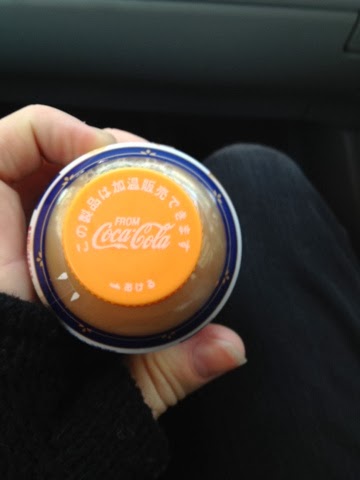 I learn that Japanese highways charge by distance traveled.

I explain, to Koji-San’s amazement, that highways are free in the States. But at least all the roads in Japan, highway and otherwise, are flawlessly paved and maintained. Portland streets, by comparison, are a shambles.

Japanese highways also have tall curving walls on each side designed to reduce traffic noise for the residences near which they pass. Awesome.

At the first of our waypoints, we stop in for some more snacks and such. A 1960’s Japanese commercial, complete with jingle, repeats endlessly from an old “telebee” inside. 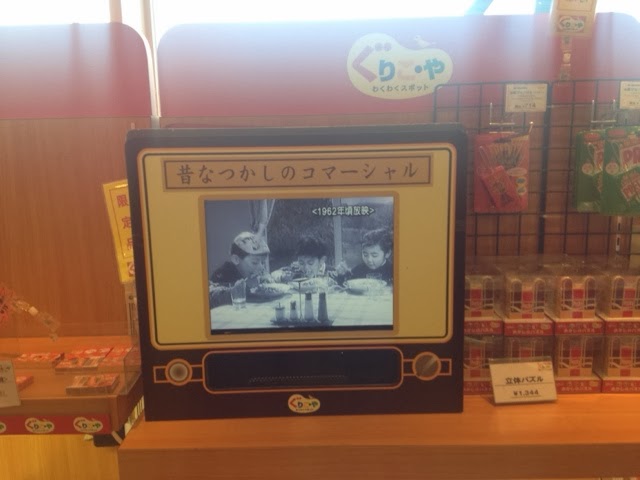 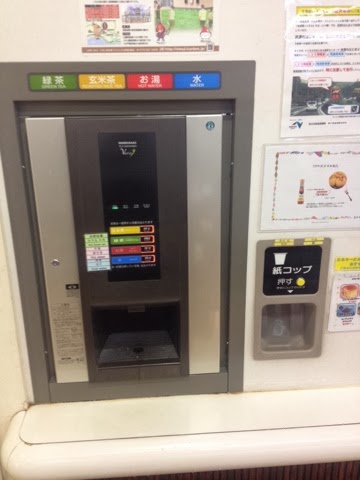 Koji-San examines his phone with an intensity equal only to that of one in the act of diffusing a bomb. This goes on for several minutes. We never learn why. 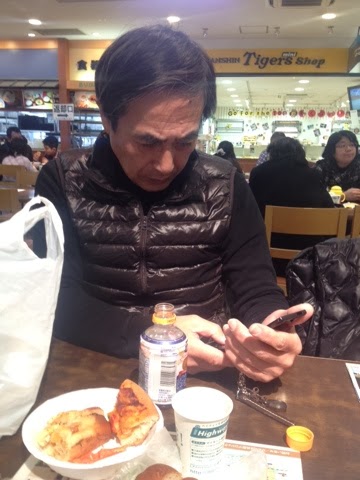 I pop a hundred yen coin into this machine, and attempt to win a prize for the Princess. 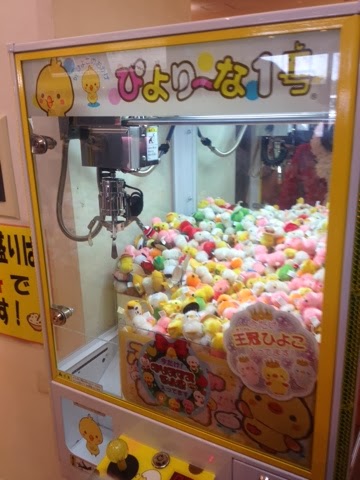 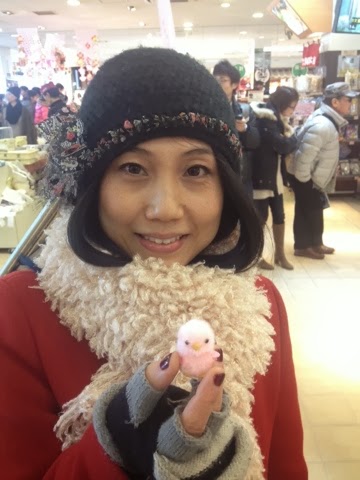 In retrospect, were this tiny toy on a store shelf, no one in their right mind would actually pay a dollar for it. But because it was “won” instead of “bought,” we feel satisfied and do not question the cost to benefit ratio.

I vaguely wonder if relationships and hookers operate on the same principle before clambering back into the car, once again opening the driver’s side door and staring confusedly at the steering column for a moment before going to the passenger’s side.

And bam! On the road again. 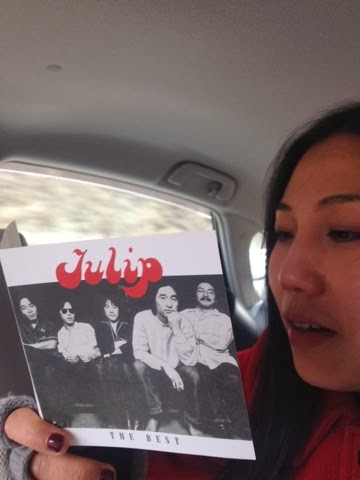 We bust out some old Japanese music from Koji-San’s glove-box for added spice. Pop music is way less irritating when you can’t understand the lyrics very well.

At our next stop, we find decorations for Oshougatsu already underway. 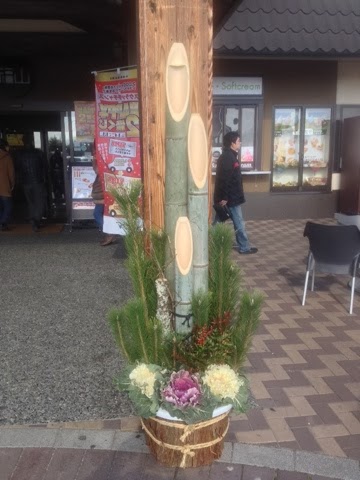 Each area is known for specific specialties. This one, pears; that one roses; another for a classic story; etc. Each sells foods and sundries pertaining thereto, which is incredibly awesome.

In America, I think each region is more or less known for stripmalls and fast food. Not that I’m an expert.

As we attempt to exit our final waypoint, an obachan accosts me yet again. We converse in broken Japenglish, and I learn that she has family in Texas, of all places, and that she visited them and saw the NASA museum.
I guess some parts of the U.S. are known for cool things.
She bequeaths a very fancy orange to me, and we part ways. For some mysterious reason, obachans LOVE me. This fact seems to bring no end of amusement to Koji-San and the Princess. I don’t know why.
Arriving in Hiroshima, we pay $75 for Freeway usage, and head through downtown.
It’s kinda eerie thinking about the fact that this place got nuked within the last 100 years. 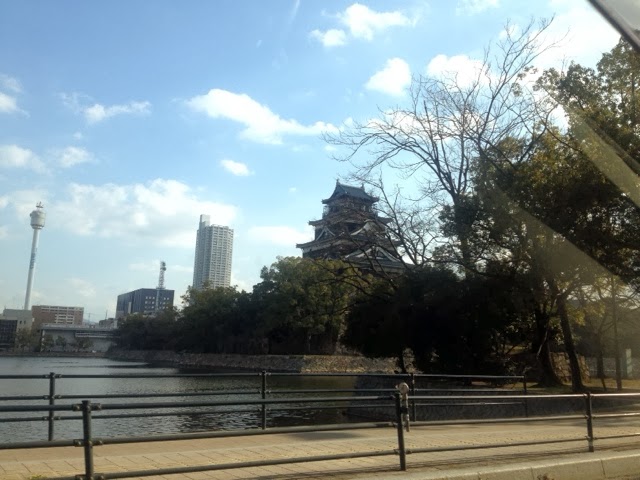 We pass Hiroshima Castle, as well as the Hiroshima Memorial Peace Park, both of which we will visit over the next few days.
And next thing I know, we’re pulling up outside a quaint Japanese residence situated in downtown Hiroshima. We clamber out, and I prepare to see the house where Hisako grew up, and to meet for the first time her mother, Naoko-san. 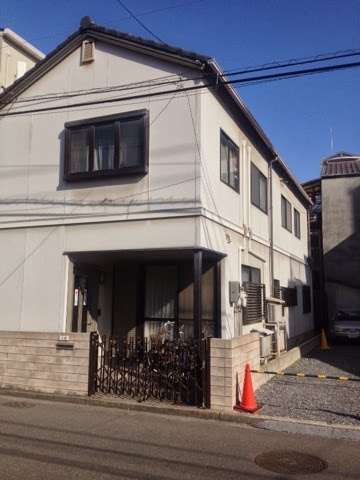