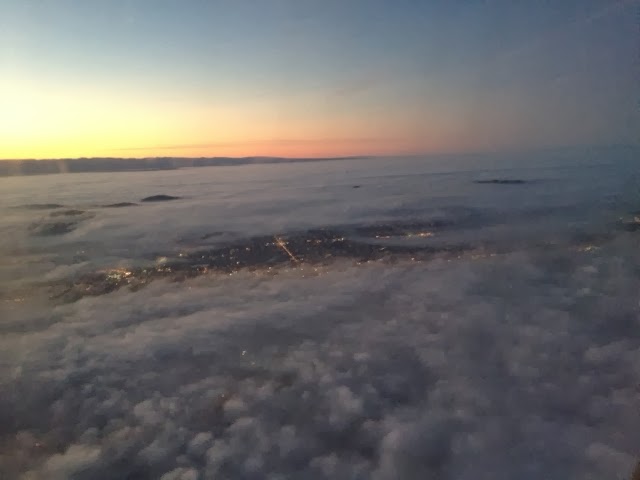 …Teetering on the edge of consciousness, we watched the lights of Portland skate by, and then dissolve away into the fog beneath us. Above the shadowy mist, morning skies basking in the gilded rays of dawn greeted us with hues of red and gold. We watched in silence, our hands held tightly together. Drifting between dream, and dream…
* Note that by Japan, I of course mean a one hour layover in San Francisco, and by sleep I mean one hour and fifteen minutes of pretend sleep, but at this point, who’s counting, right…?! RIGHT!!
Share
Tweet