In Japan, every meal was superbly charming, but none more so than breakfast. To be honest, I’m not entirely sure why… Fresh start? New day? New adventure? Kagome? In any case, Breakfast At Mikichan’s was no exception.

In Japan, every meal was superbly charming, but none more so than breakfast.

To be honest, I’m not entirely sure why… Fresh start? New day? New adventure? Kagome?

In any case, Breakfast At Mikichan’s was no exception. 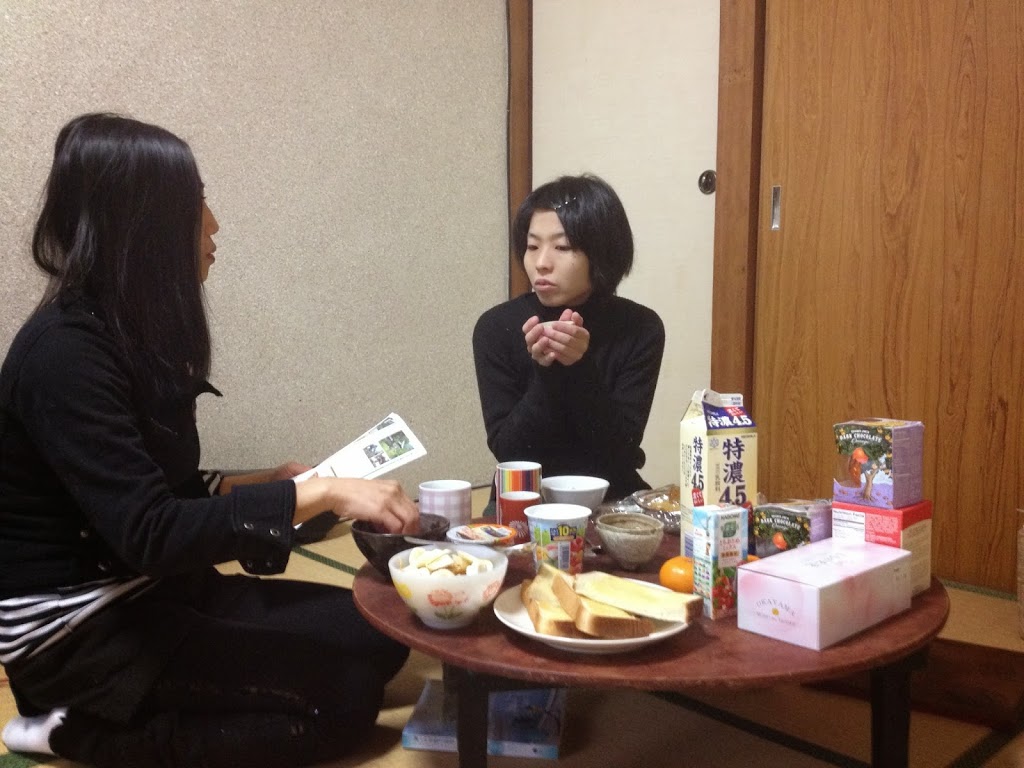 We packed up our futons, and prepared for a trip to the nearby island of Teshima. 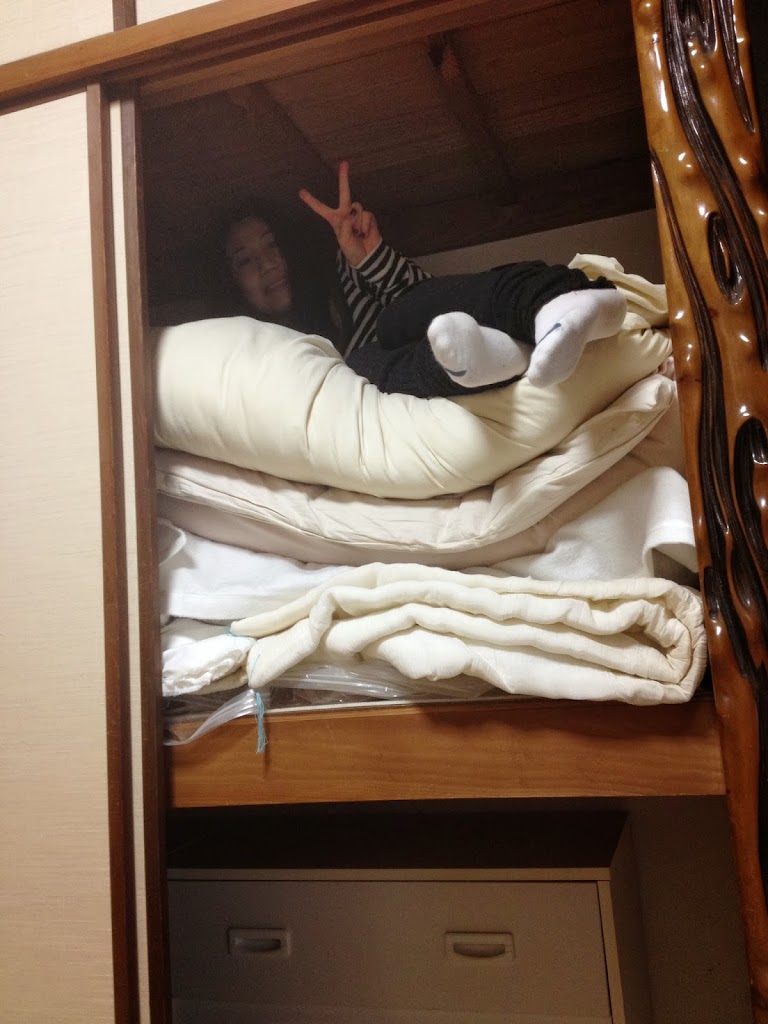 After a sojourn to the ferry terminal (which consisted primarily of crossing the street), we purchased tickets and prepared to embark. 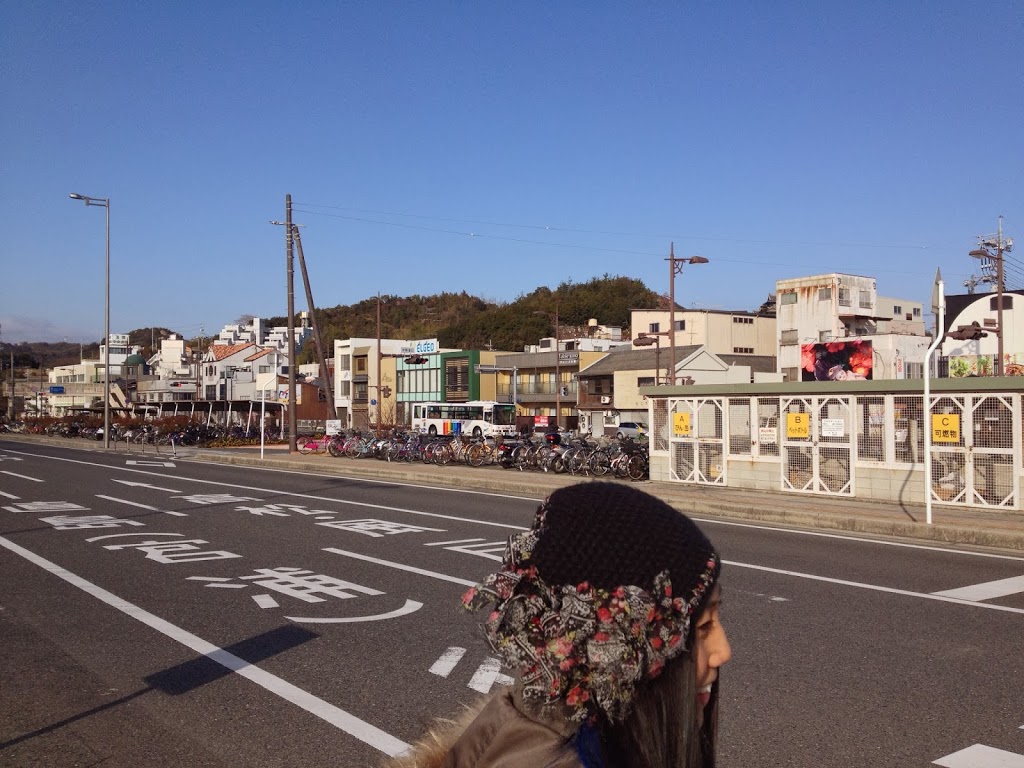 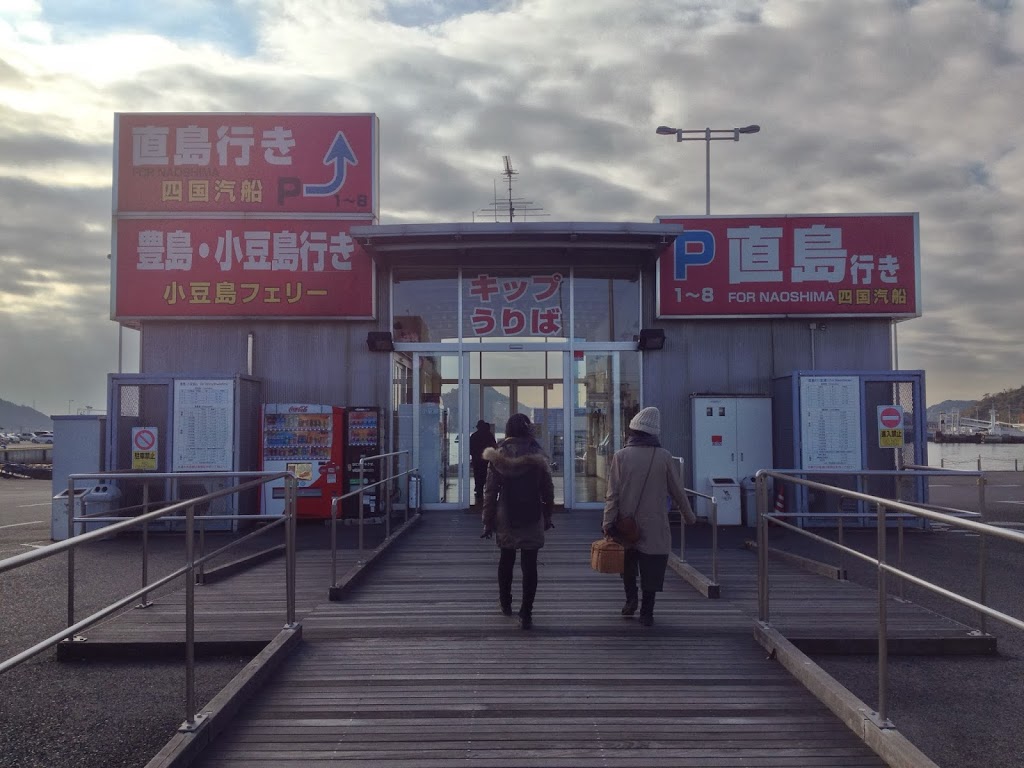 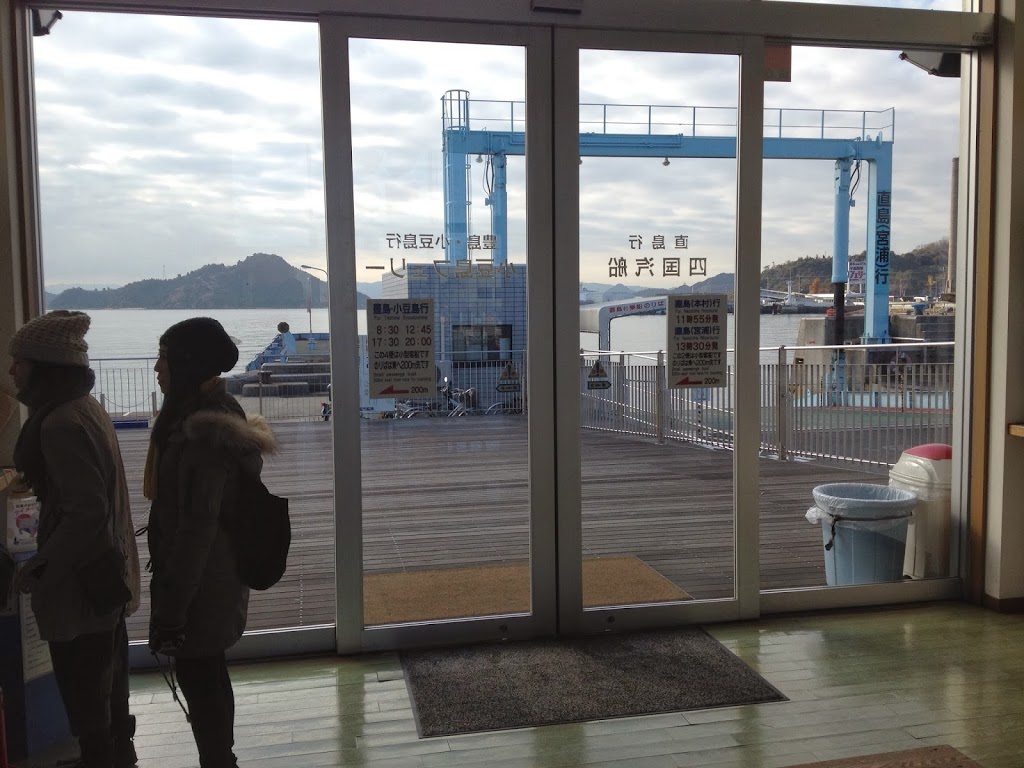 This giant anchor was sculpted from random scrap metal. 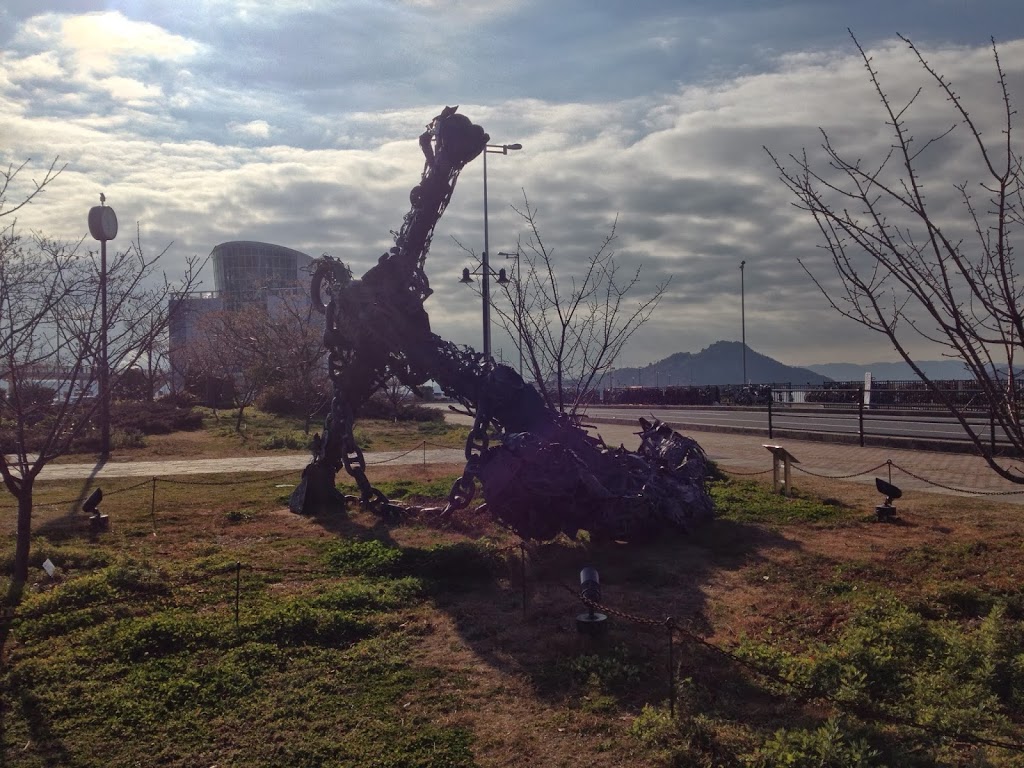 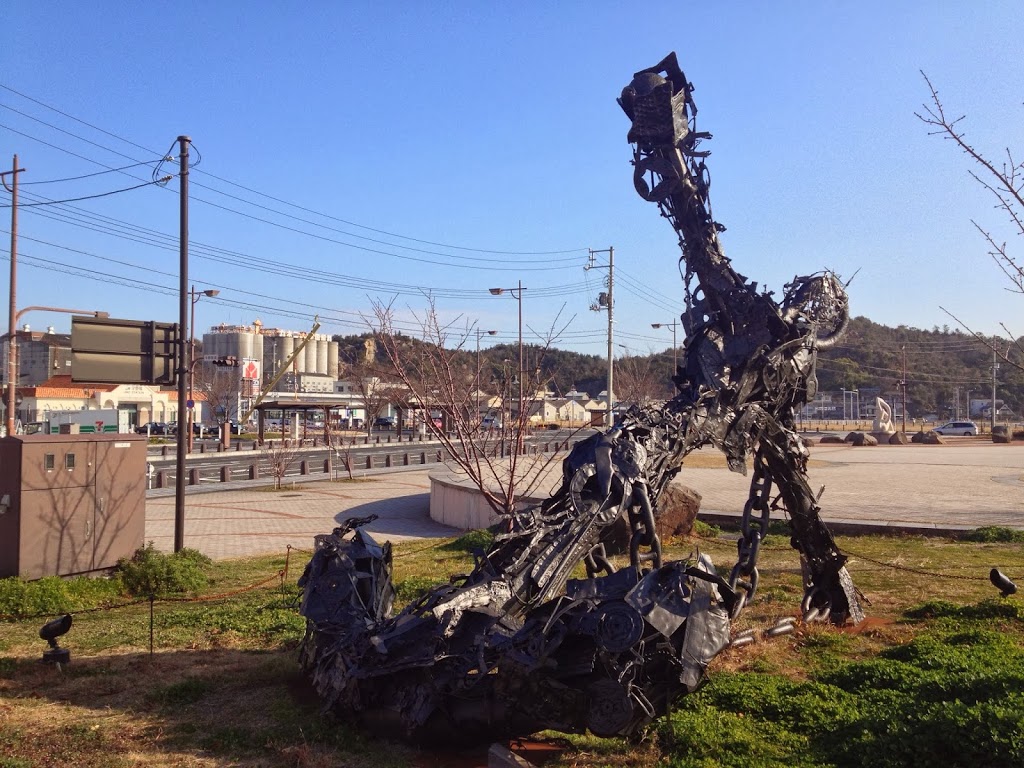 In Japan, even the sewer lids look better than Portland’s public art.

Unfortunately, so do most of the things you’re likely to find underneath them.

The ferry, like all things Japanese, was efficient, clean, and generally calculated to please. 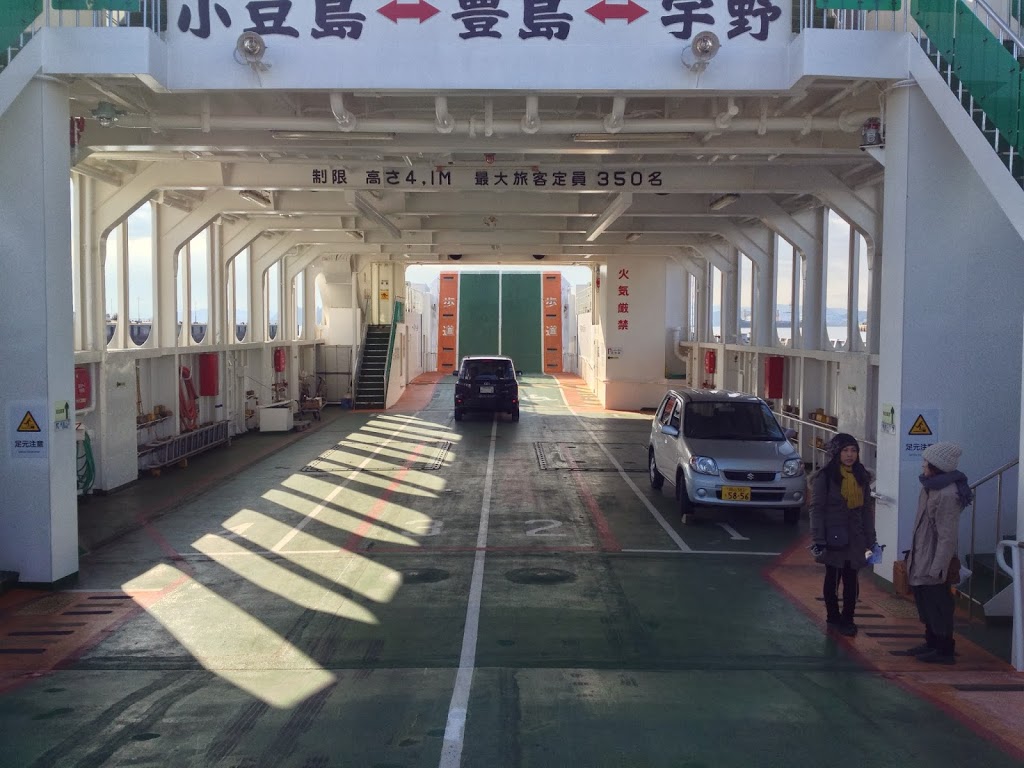 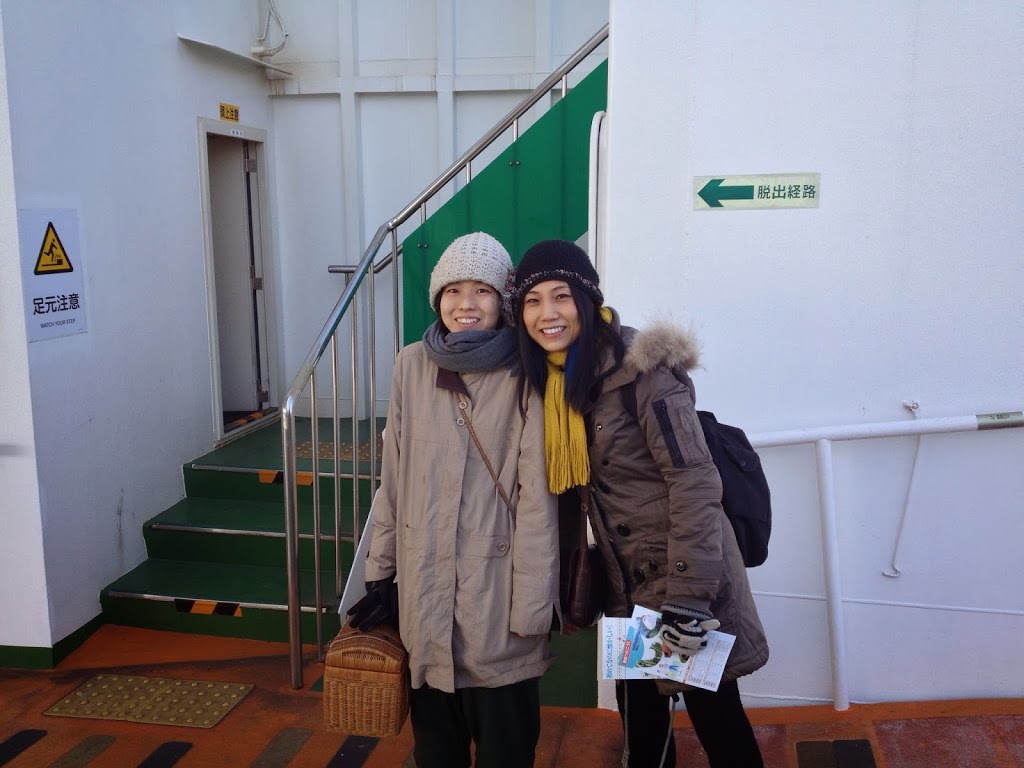 Islands drifted by as the ferry bore us across the sparkling sea. 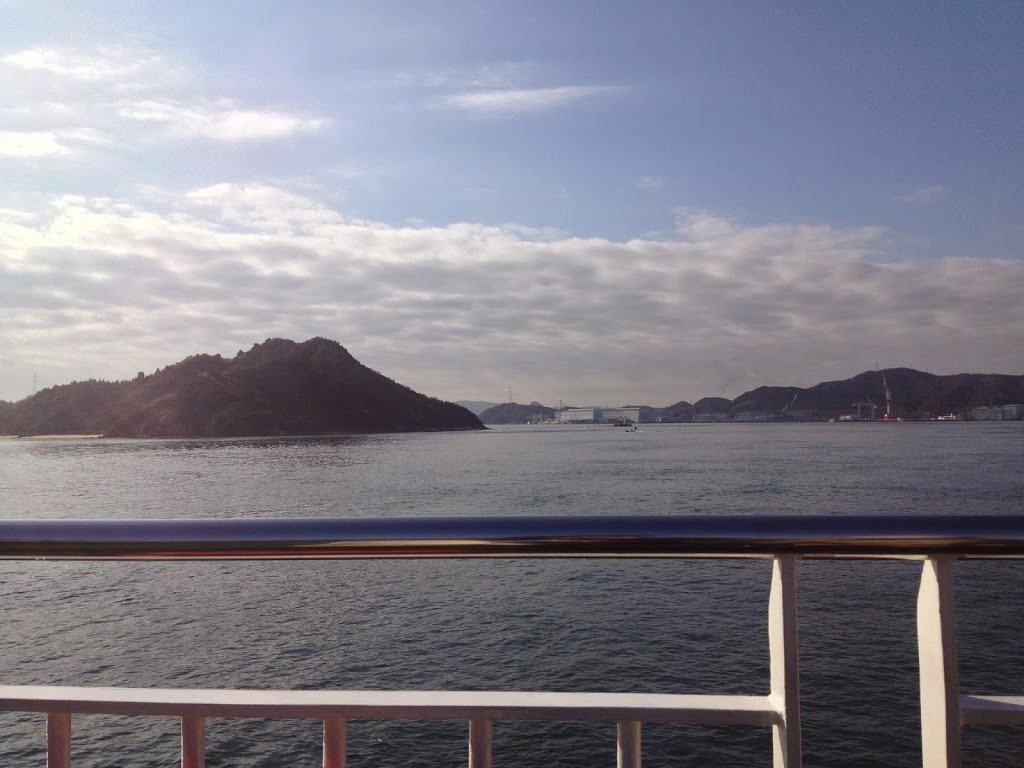 The January breeze was a bit chilly, so we stowed ourselves below deck. 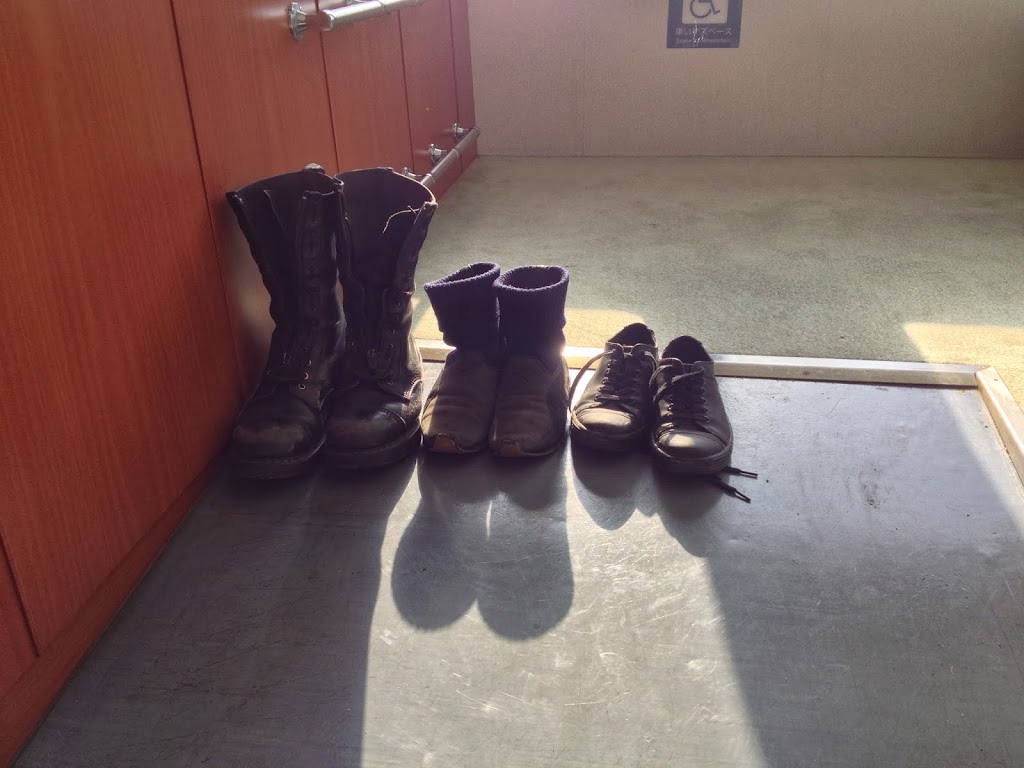 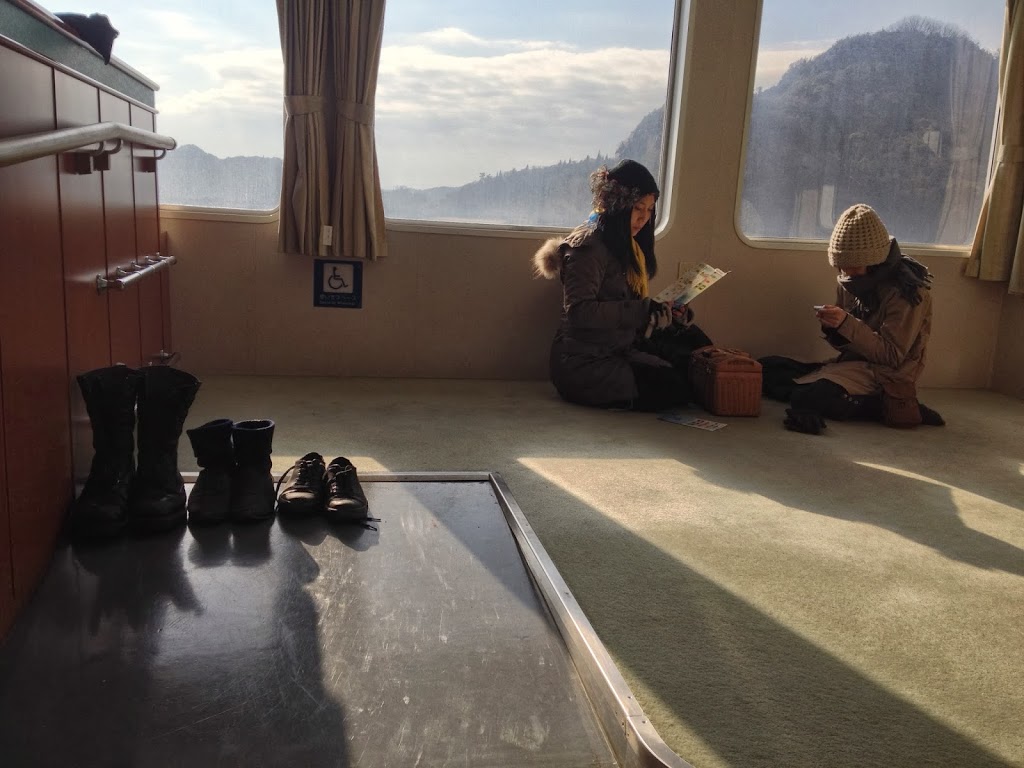 Upon landing, our journey truly began. 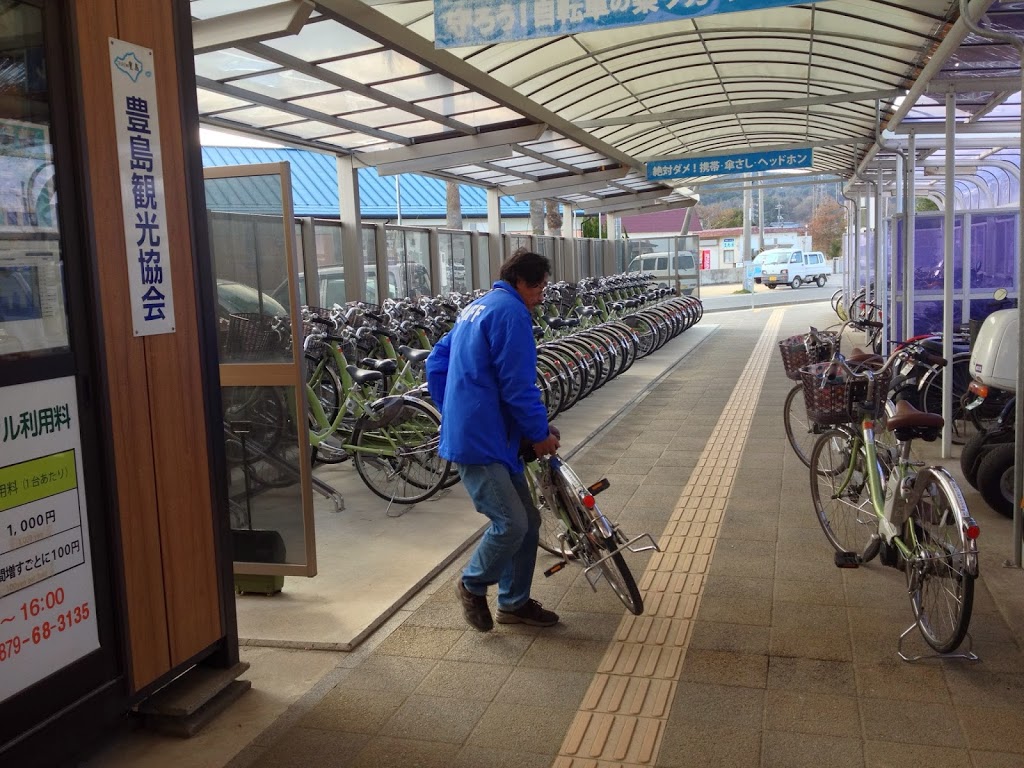 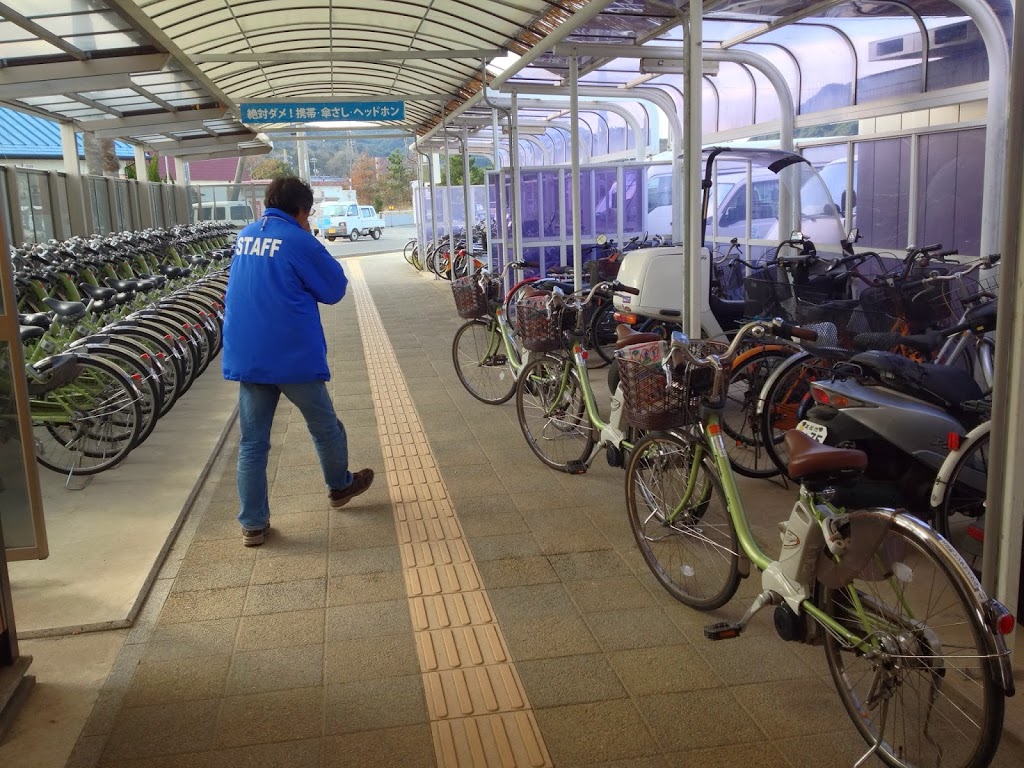 That’s right—cheater bikes for the lot of us. Three-speed comfort bikes equipped with electric motors. 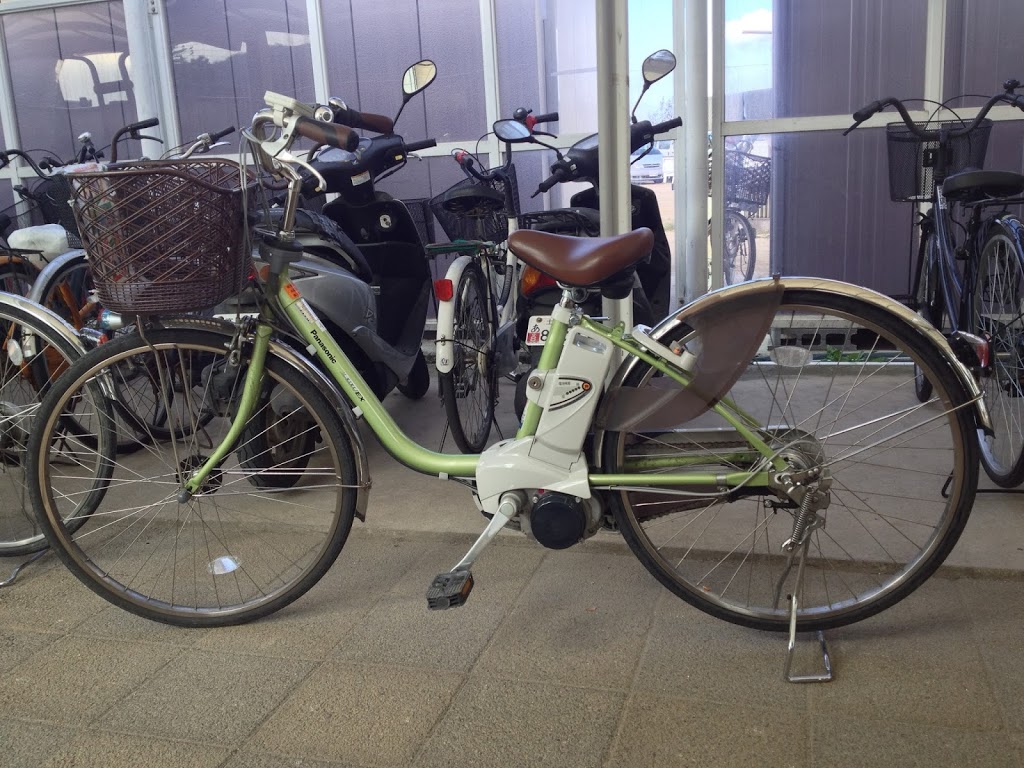 We were informed that the three power settings were intended for long-range, cruising, and uphill respectively. 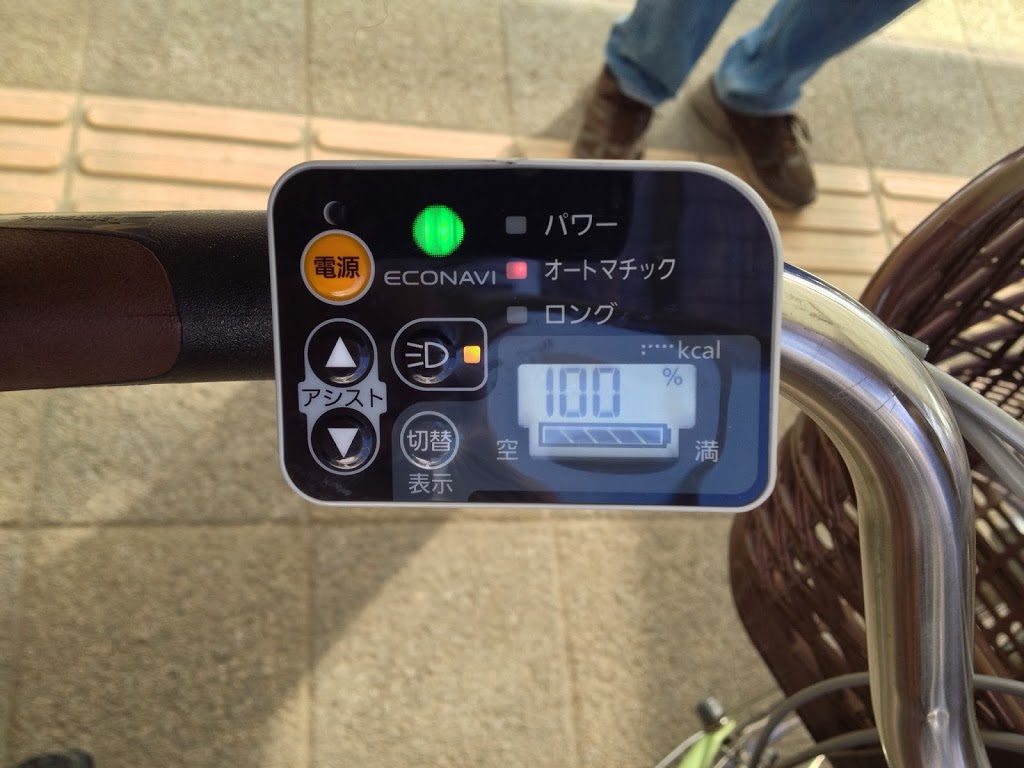 Yet as I immediately discovered, for best results just lock onto uphill mode, and leave it in third gear. Unlike gas motors, electric motors provide full torque instantly.

i.e. The thing takes off like a rocket ship.

There were locks on the rear wheels, so you could shackle up, hop off, and go exploring at will.

Of course in Japan, a tire lock is deemed sufficient for theft prevention (which definitely wouldn’t fly in the States). 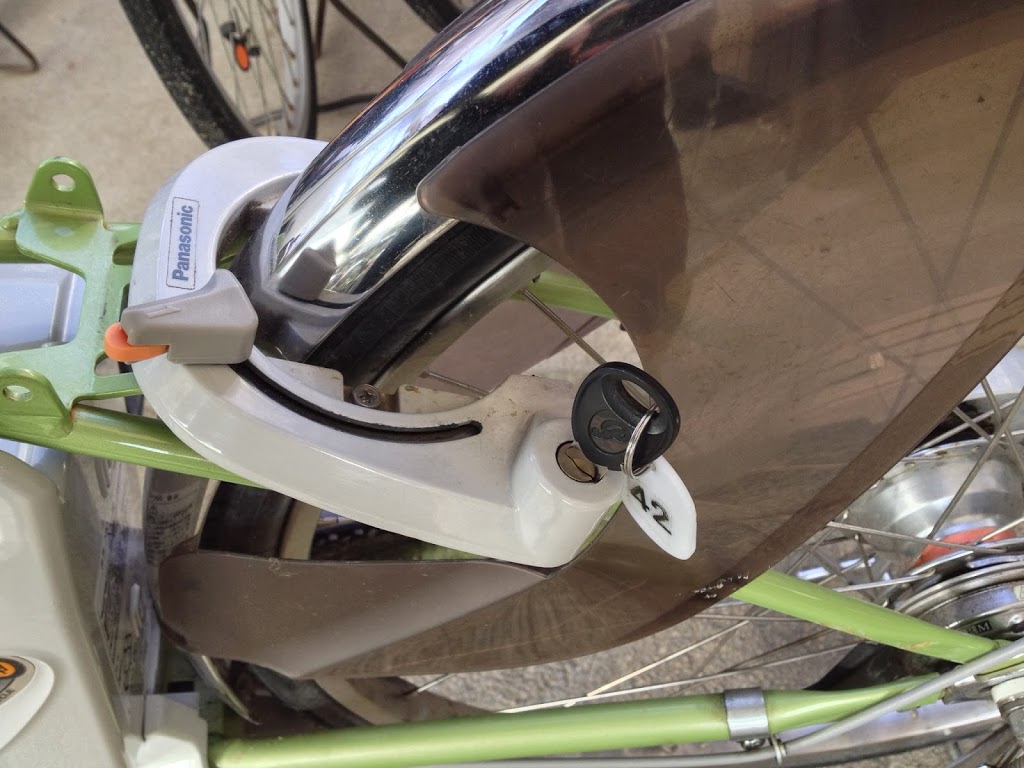 Mine was number 42—the answer to the Ultimate Question of Life, the Universe, and Everything.

And being out on the open road, exploring a Japanese island by bicycle with the Princess and her closest friend… I couldn’t see why it wouldn’t be. 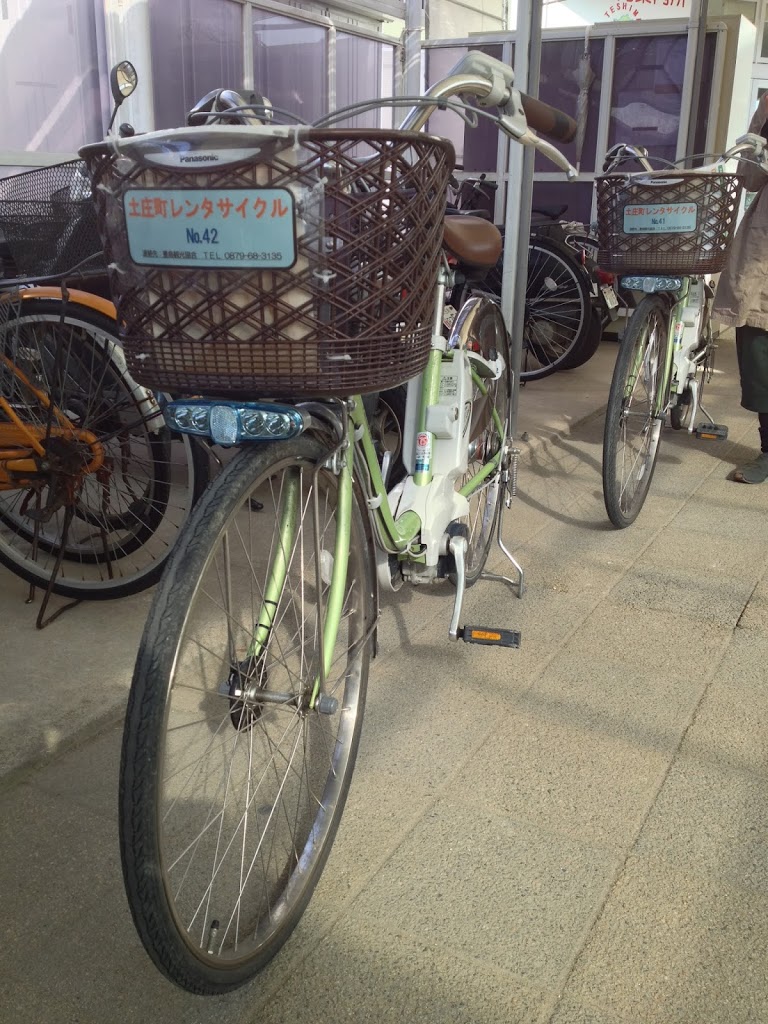 Our destination was some kind of museum.

Admittedly, I assumed that the museum, though no doubt interesting on its own merits, would not prove quite as exciting as the Rocketbike.

Of course, I wouldn’t know until we got there—and what a delightful surprise I would find when we did.

But in the meantime, we prepared to set out, with Mikichan alone knowing what lied in store at the end of our journey. 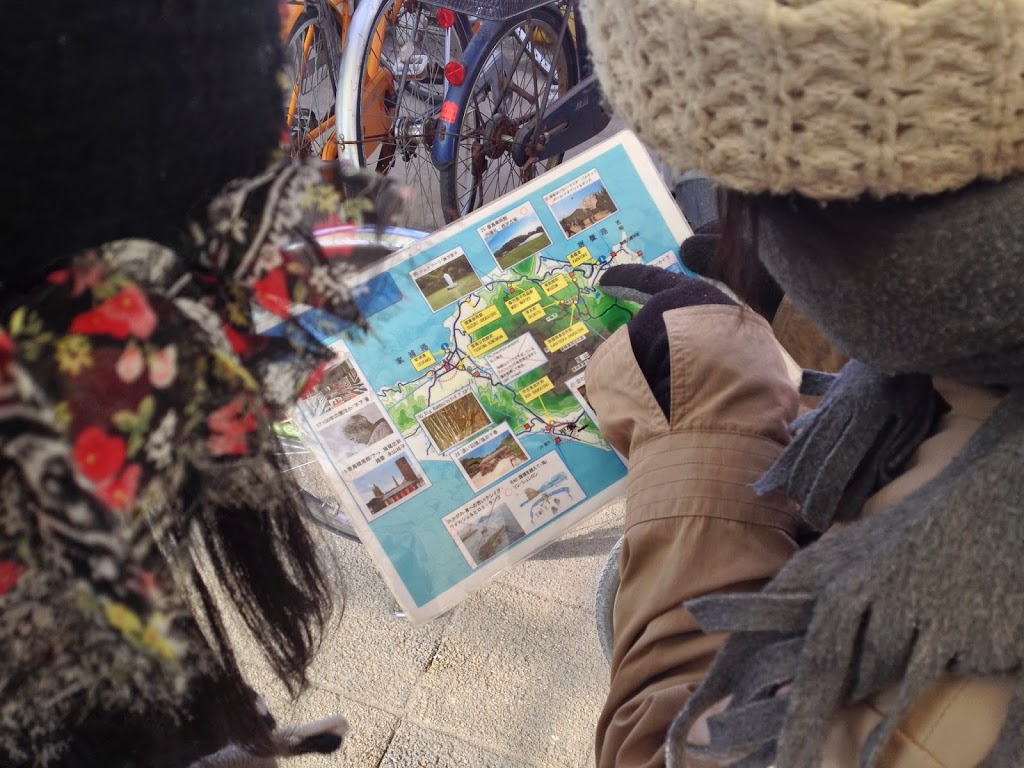 And just like that, we hopped on board, and hit the road.

0 comments on “Finding Forty-Two” Add yours →